A Beautiful Noise, music and tribute to Neil Diamond 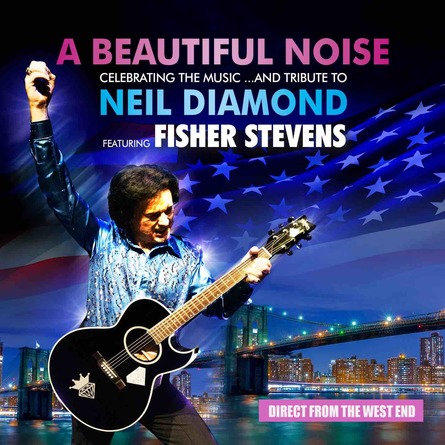 A Beautiful Noise celebrates the music and tribute to Neil Diamond

A Beautiful Noise, the internationally acclaimed production celebrates the music of Neil Diamond. The show pays homage to Neil Diamond’s incredible career from his teenage dreams of song writing in the Brill Building to his amazing achievement as one of the world’s most famous singer/songwriters.

A Beautiful Noise tribute show also features a cast of professional musicians all taking you on a moving and powerful musical journey.

Celebrating all the classic hits of one of the world’s greatest ever singer-songwriters, this is a musical adventure unrivalled by any other re-visiting over five decades of sparkling musical gems including, Love On The Rocks, Sweet Caroline, Forever In Blue Jeans, Song Sung Blue, I am …I Said, America, Holly Holy, Red Red Wine, I’m A Believer and many more

★★★★"The atmosphere is electric. In lieu of the great man himself, A Beautiful Noise is a worthy tribute to Neil Diamond and his legacy to music"

★★★★"With his sincere and charismatic stage presence Fisher Stevens may as well be the real Diamond, the audience is putty in his hands”

★★★★"The legendary music of Neil Diamond is brought to life on a West End stage for a night you won't forget, and as tributes to the greats go, you'd struggle to get more bang for your buck in the West End"