A Major Part of Lancaster Culture Since 1782

Monthly theatre tours take place every month explaining the colourful history of the Grand and showing you backstage areas the public do not normally visit.  These can be booked either on line or through the box office.

The Grand Theatre, under its many names, has been a major part of the social and cultural life of Lancaster since it opened in 1782. Some key events are:

1897 Frank Matcham, one of the best known theatre architects, designed and supervised an extensive re-modelling of the stage and auditorium.

1908 A major fire gutted the interior of the Grand, virtually destroying Matcham’s work. Phoenix-like, less than eight months later, it reopened in an Edwardian design to which it remains to the present day.

1951 ABC Cinemas, the then owners, sold the theatre to Lancaster Footlights, (the society who currently own it under a trust arrangement) and purchased it to secure the venue for amateur drama and music in the city.

1959 Footlights was served with a Compulsory Purchase Order as part of the St Leonardgate/Edward Street clearance for a relief road and industrial zone. This was cancelled in 1960.

1978 The emergency (gas) lighting system was found to be unsafe and the theatre was threatened with closure. Funds to install an electrical system were raised by means of fundraising events.

1979 It was becoming clear that major expenditure would be needed to halt the gradual deterioration of the building. Lancaster Footlights became a registered charity (number 509425) in 1972 and launched the first of four covenant-based fundraising schemes which raised more than £667,000. These schemes provided funding for specific projects designed to restore and improve the theatre.

Today, as a result of a continual restoration drive, the theatre is in the best condition it has been since the rebuild in 1908 and now operates as one of the key north west venues for amateur drama, music and dance and professional touring companies.

The full history of the Grand theatre is available in the book:
“The Grand Theatre Lancaster : Into the Third Century” by A.G. Betjemann – available from Box office: 01524 64695
£7.50 + Postage and Packaging

The Grand in Pictures 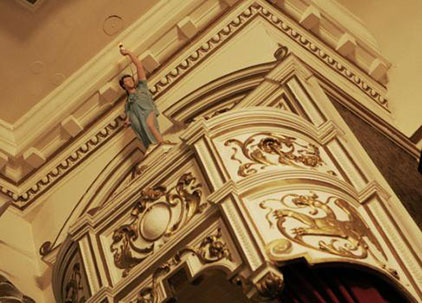 Ornamental Plasterwork on one of the Boxes 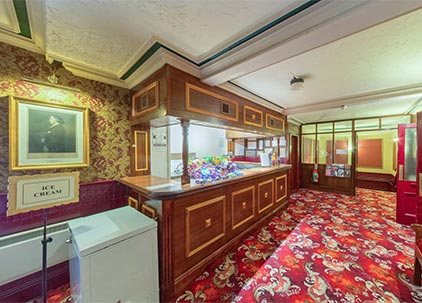 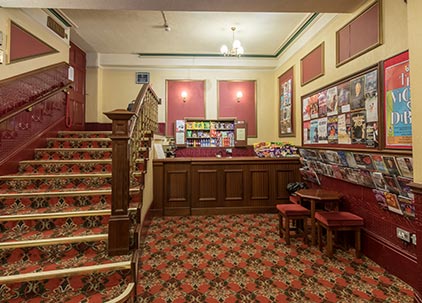 Tits, Gits and Little Sh*ts: An Evening with Gill Sims

This website uses cookies to improve your experience while you navigate through the website. Out of these, the cookies that are categorized as necessary are stored on your browser as they are essential for the working of basic functionalities of the website. We also use third-party cookies that help us analyze and understand how you use this website. These cookies will be stored in your browser only with your consent. You also have the option to opt-out of these cookies. But opting out of some of these cookies may affect your browsing experience.
Necessary Always Enabled
Necessary cookies are absolutely essential for the website to function properly. This category only includes cookies that ensures basic functionalities and security features of the website. These cookies do not store any personal information.
Non-necessary
Any cookies that may not be particularly necessary for the website to function and is used specifically to collect user personal data via analytics, ads, other embedded contents are termed as non-necessary cookies. It is mandatory to procure user consent prior to running these cookies on your website.
SAVE & ACCEPT